Fearless Rea’ bow out of Munster Junior Cup, but can hold their heads high

On Saturday morning, almost 100 people left the village of Rearcross to play their part in the latest chapter of Rearcross FC’s incredible season. There was a large coach for players and staff, whilst a smaller bus was chartered for supporters, but judging by the huge support that the away side had, it’s fair to say many car sat-navs were tasked with finding the quickest route from the little rural village of Rearcross to ‘Carrigaline United AFC’. Both the Carrigaline United ‘A’ and ‘B’ team made it through to the last 32 of the Munster Junior Cup. The club has a fantastic clubhouse and boasts two full size astro turf pitches, indeed, the fact that this match took place on an artificial surface turned out to be a huge factor in an agonizing 1.0 loss for the NT&DL side. 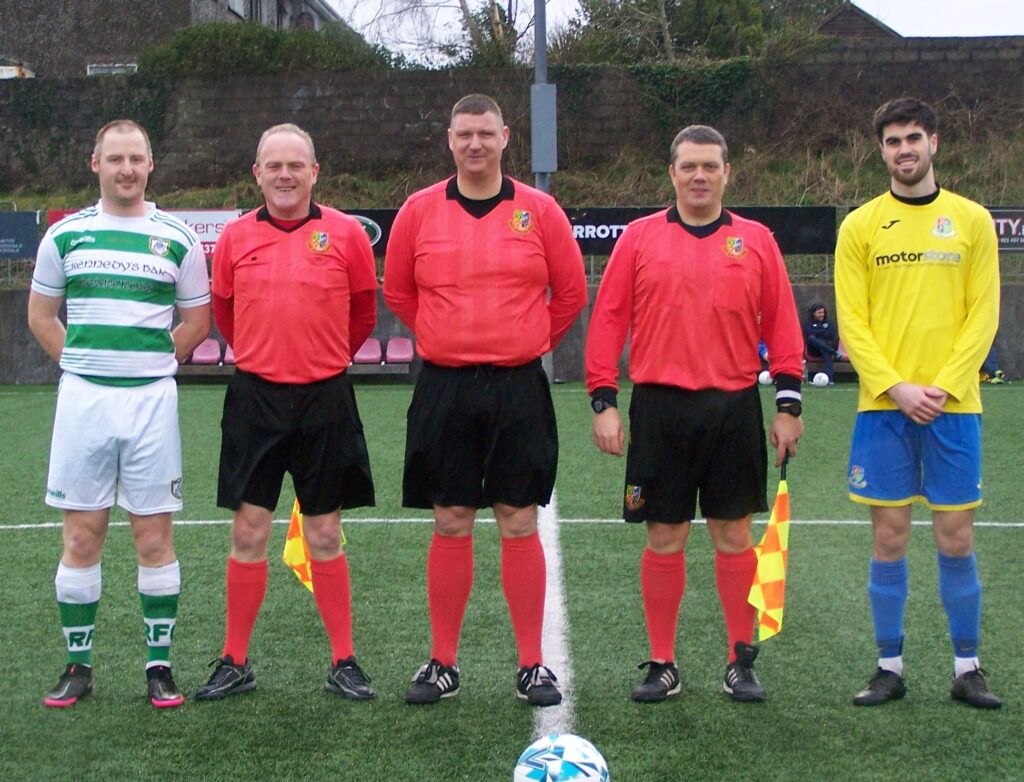 Rearcross FC numerically dominated the sideline and the Rea’ boys left it all out on the pitch; they done themselves, their parish, and the NT&DL proud, but ultimately had to bow out of the Munster Junior Cup at the last 32 stage, as the hosts dominated possession and deservedly progressed, albeit courtesy of a bizarre goal. Rearcross usually play with a back three, but a tactical change of late has seen Eamonn Devitt’s side seamlessly switch to a 4 3 3 formation. Paddy Dawson was the most advanced of the midfielders, whilst Michael O’Gorman led the line centrally. It was the Cork side who deployed a back three and to great effect, they seemed to always have Rea’ outnumbered, particularly when playing in their own half. Carrigaline are a seriously well drilled side and it was easy to see why they are second in the Munster Senior League Premier Division. Roared on by their huge away following Rea’ made a frantic start which left the home side dazzled. James Deegan created the best chance of the opening exchanges f after 3 minutes, the left forward burst across Carrigaline’s defensive line before unleashing a shot from just inside the box on the right which the keeper done well to push wide. Rearcross didn’t know it at the time, but this would turn out to be their best chance of the game.
The Tipp crowd saw just how good Carrigaline’s left midfielder was on the 5th minute. Darragh Kennedy turned his back on Eoin Ryan for a split second and suddenly the ball was fizzed into the Cork talisman’s feet, Ryan hit a thunderous left footed strike which skimmed along the underside of the crossbar and wide.
A big part of Rea’s game is the channel ball and the ball in behind, but the greasy artificial surface coupled with the adventurous sweeping of the Cork man in goals meant that every ball was running through to the keeper or out over the end line. It took the home side the best part of 20 minutes to come to terms with the tempo and hunger that the visitors brought, but on the 30th minute Carrigaline managed to take the lead against the run of play. Carrigaline are all about sucking teams in to press them and then playing out from the back around them, but their only goal of the game actually came from a huge long ball from the defense which skipped up violently off the greasy astro before being poked in by their star man, Eoin Ryan. Rearcross picked themselves up after this unlucky goal and were well in the game up to half time and were unlucky to be behind at the break. The home team dominated possession in the second half and Rea’ kept tirelessly pressing and pushing to create a chance. In the end, Carrigaline showed experience beyond their years to kill off the game using possession in their own half.
The Rearcross players gave absolutely everything for the shirt and did not falter when other teams would have crumbled. The experienced Greg Kennedy at right back did not put a foot wrong all game, whilst Darragh Kennedy had a tireless job to provide an attacking threat down the right and also track Carrigaline’s best player at the other end. Central defenders Robert Harrington and Patrick Deegan done exceptionally well too as they were left man for man for much of the game. James Deegan led by example on the day by holding up the ball and running the channels to gain yards for his team. One element of Rea’s game that Eamonn Devitt may be disappointed with is their wastefulness from set pieces. The Tipp side had an abundance of corners, throws, and frees which were not capitalized on.
All in all, it was a day of immense pride for Rearcross Football Club, Rearcross village, and the NT&DL. This young team will take a wealth of learning from this cup run and will be a formidable threat in the Kevin Fogarty Tipperary Cup, where a repeat of last year’s Barry Cup final – which they won - awaits them in the next round in the form of Clodiagh Rangers in Drombane. 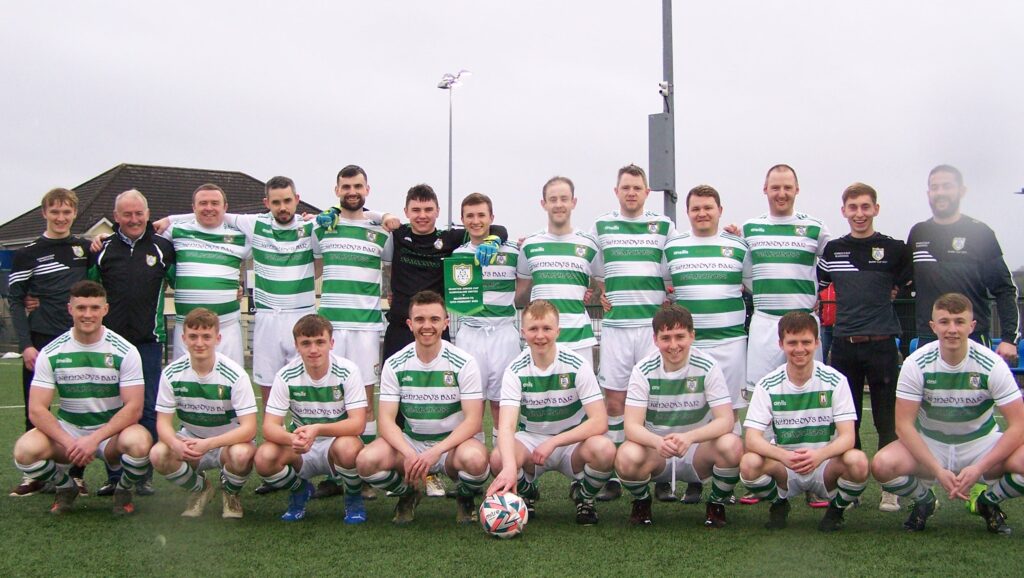 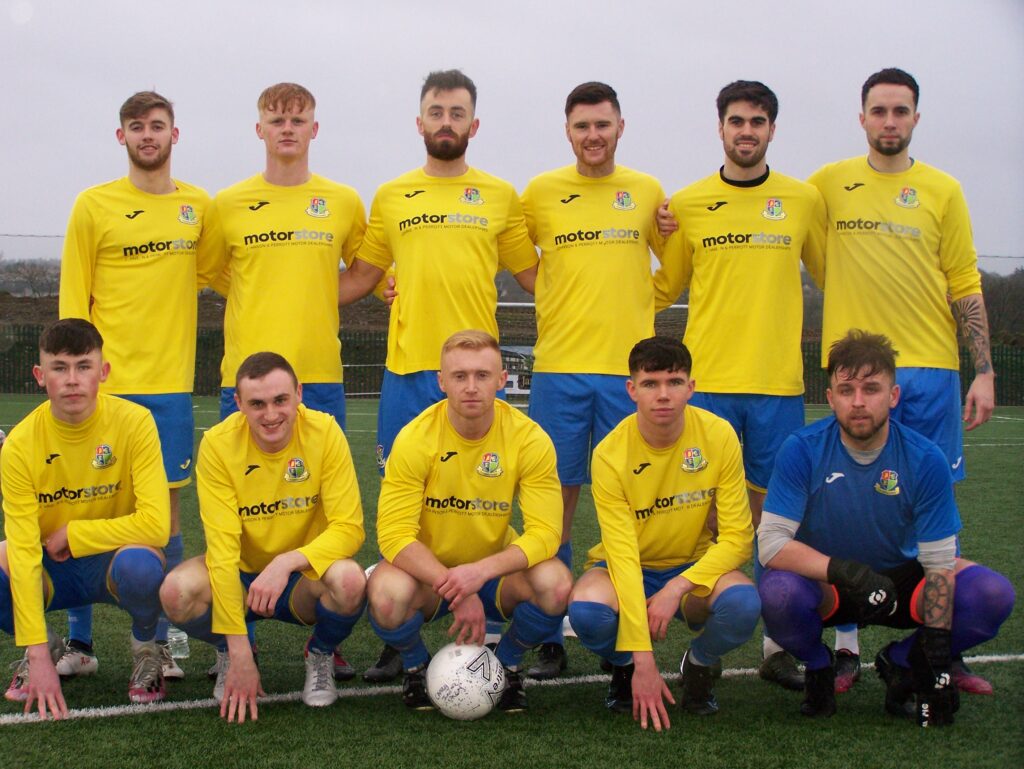