Rearcross FC hosted the final of the Ann Kennedy Cup last Saturday evening between Donohill & District FC and Murroe AFC ‘B’ with a well drilled TSDL outfit just about shading it in the end. Murroe enjoyed the better of the exchanges in the opening half and made the first incision on ten minutes when John Humphries got on the end of a Philip Clancy delivery with the header just 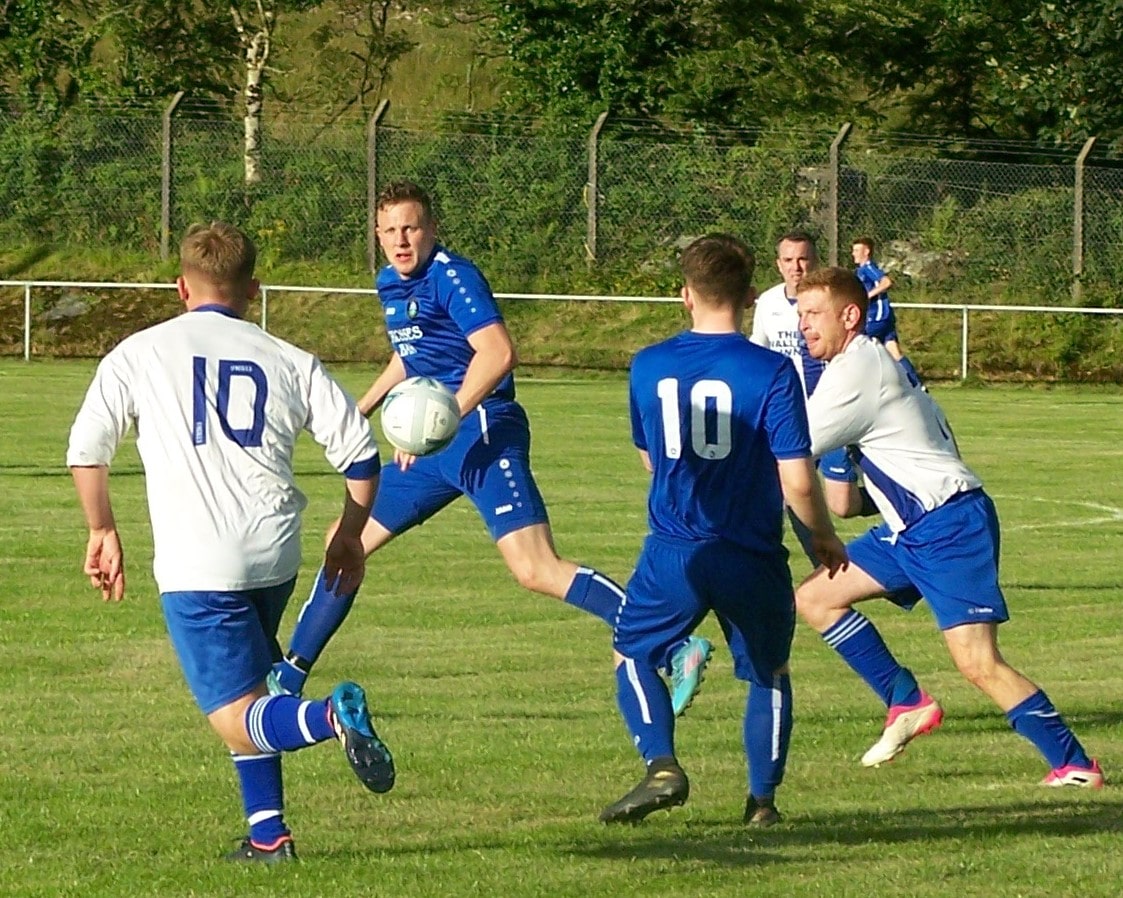 wide at the back post. Murroe made calls for a penalty after Alan Shanahan was adjudged to have infringed but referee Ray Ryan waved play on. It was all Murroe at this stage as Evan Walsh’s volleyed effort from a corner kick wasn’t far away. At the other end, Donohill were starting to make some in-roads as Jamie Malone threatened in the 23rd minute. Murroe captain Evan Walsh was a threat throughout and his low whizzing effort was inches outside the upright on the half hour mark. Ray Barry in the Donohill goals made a fine save 12 minutes before the break after tipping the ball over from a Jack Moore strike. Dinny Crosse had a fine outing for the Tipperary side and wasn’t far away with a headed effort from a corner kick on the 40 minute mark. Liam Quaid pushed forward to get on the end of an Andy Murphy corner kick with the headed effort not far off the mark and then Murroe custodian Declan O’Connor saved from Kevin Browne to keep the sides scoreless at the half time whistle. The pace of the game was upped in the second half and it was the Tipp men that hit the front nine minutes in, when a menacing corner kick wasn’t dealt with as the ball fell to Alan Shanahan who prodded home from close range. 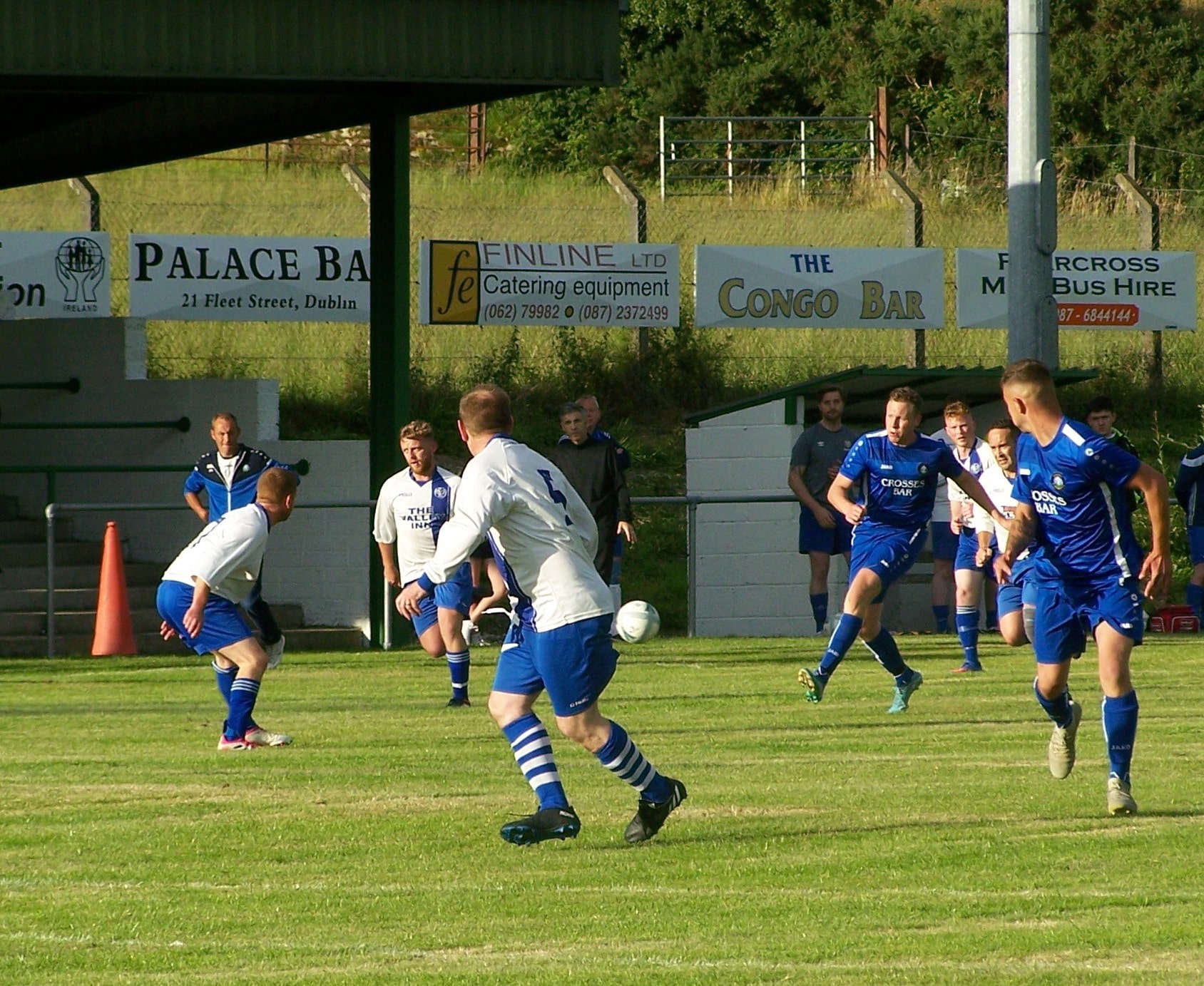 Murroe damn near levelled from the resulting re-start when Andy Murphy let fly with a long-range effort straight from the kick-off which clipped the top of the crossbar. It might have been 2 nil on 62 minutes when Dinny Cross found Jamie Malone, however the headed effort was held by Declan O’Connor on the line. Murroe were again finding their form, a good move saw Andy Murphy break on the right, however the left footer hit the outside of the back-stander in what was a let off for Donohill. The east Limerick side were piling on the pressure and were denied on 67 minutes when Andy Murphy was in space in front of goals, however the ball flew outside the upright. Murroe did get level with 20 minutes remaining when Andy Murphy broke on the right before sending a low daisy cutter to the corner of the net. Dinny Crosse came close for Donohill but the Murroe custodian saved on the second attempt. Kevin Browne pulled another save of the Murroe keeper with a volleyed effort seconds later. The Crosses Bar sponsored team got what proved to be the elusive winner nine minutes from time with a well worked free kick that saw Kevin Browne and Alan Shanahan sell the dummy before Philip McGrath sliced the ball to corner of the net with a sweet left footed strike. The Valley Inn sponsored outfit pushed hard for the leveller with a free kick effort and then Andy Murphy let fly with a volley which dragged wide. The final play saw the woodwork deny Murroe for a second time when Philip Clancy’s header from a corner kick come off the crossbar and then Evan Walsh was luckless with the follow through when an equalizer looked on the cards, but it wasn’t to be for Murroe on this occasion. Full credit to both teams for producing a very entertaining spectacle, Murroe were a tad unlucky on the evening but very well done to Donohill & District FC on a fine all-round performance to clinch a dramatic win. Thanks to Tournament referee Ray Ryan who had a fine tournament throughout and also had a fine outing in the final in what is the toughest role on the field of play on any given day.

Congratulations to Murroe AFC’s Evan Walsh who won the Tournament Golden Boot Award and to Alan Shanahan who was the Player of the Tournament and indeed the winning captain for a second time after captaining Donohill to the 2011 title.

Thanks once again to Tournament sponsors Rody & Ann Kennedy for their ongoing sponsorship of the Tournament.

Finally, thanks to Joey Nolan for diligently organizing the tournament and who was competently assisted by Myles Devitt. 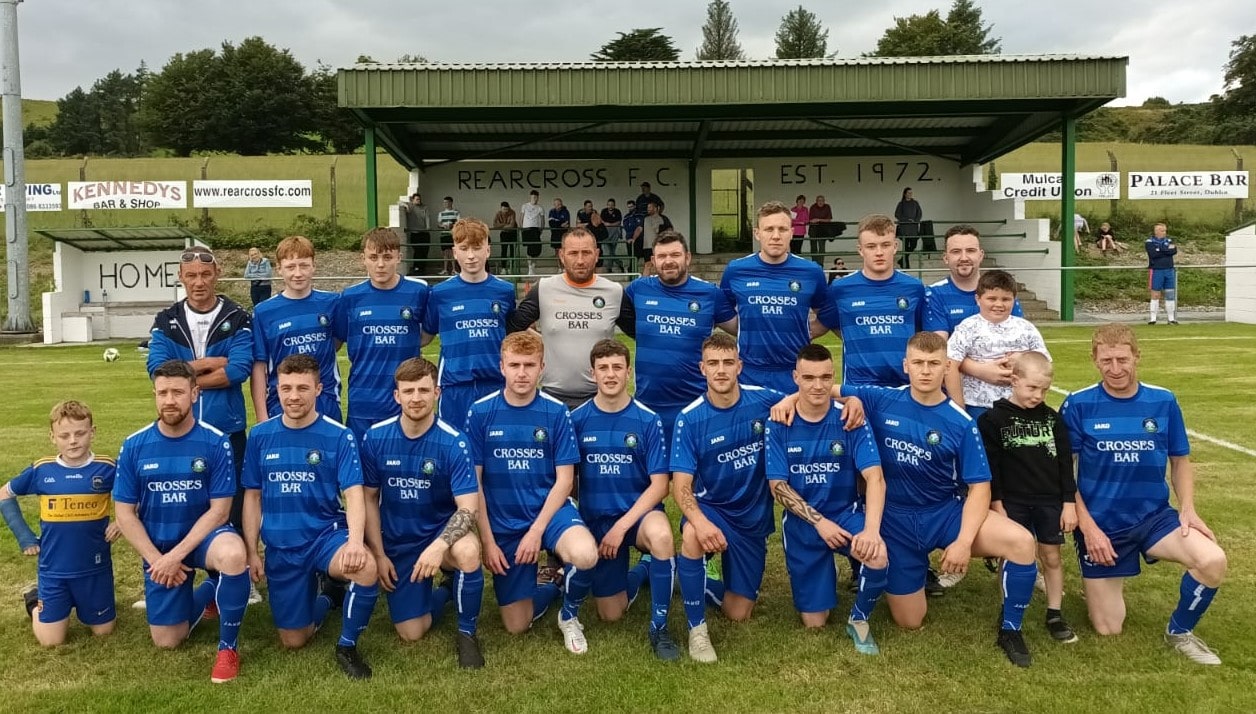 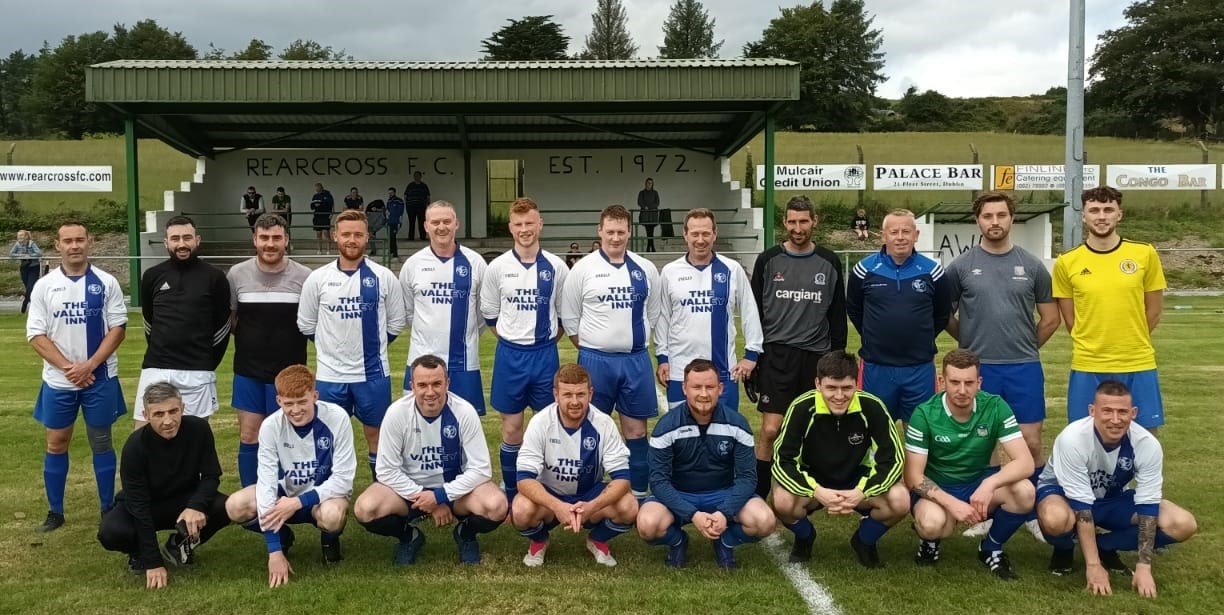 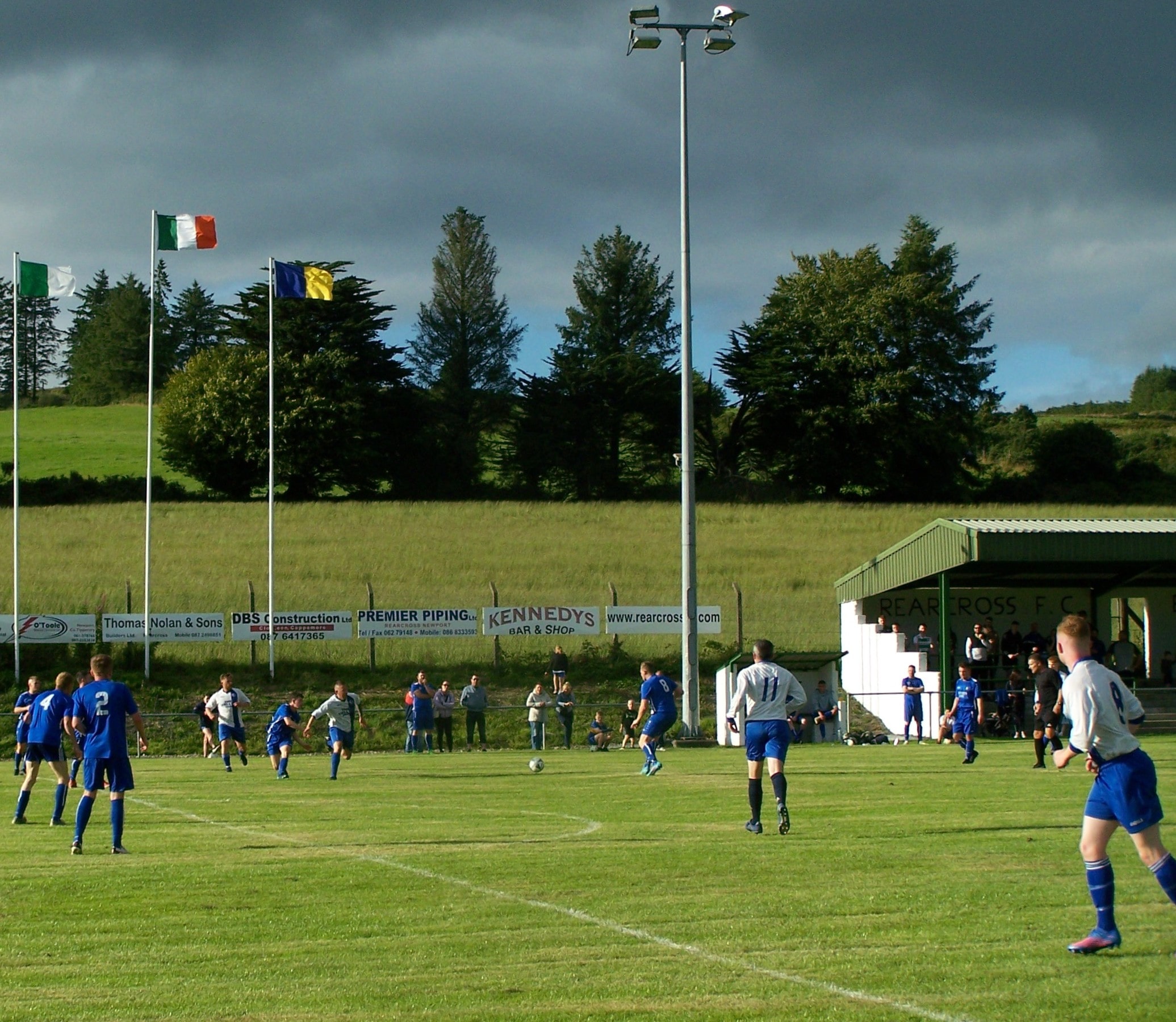