Emphatic win for Rearcross U-13 Boys

Rearcross U-13 Boys were full value for a comprehensive 6-2 home win over Nenagh AFC ‘C’ on Tues evening. Rearcross started the quickest and a Ciaran McLoughlin strike in the 5th minute was just wide of the post and then good work on the right by Conor Nolan saw a fine cross cause panic in the Nenagh defence before the ball broke to the in-rushing Ryan Quigley who was luckless to see his effort go just 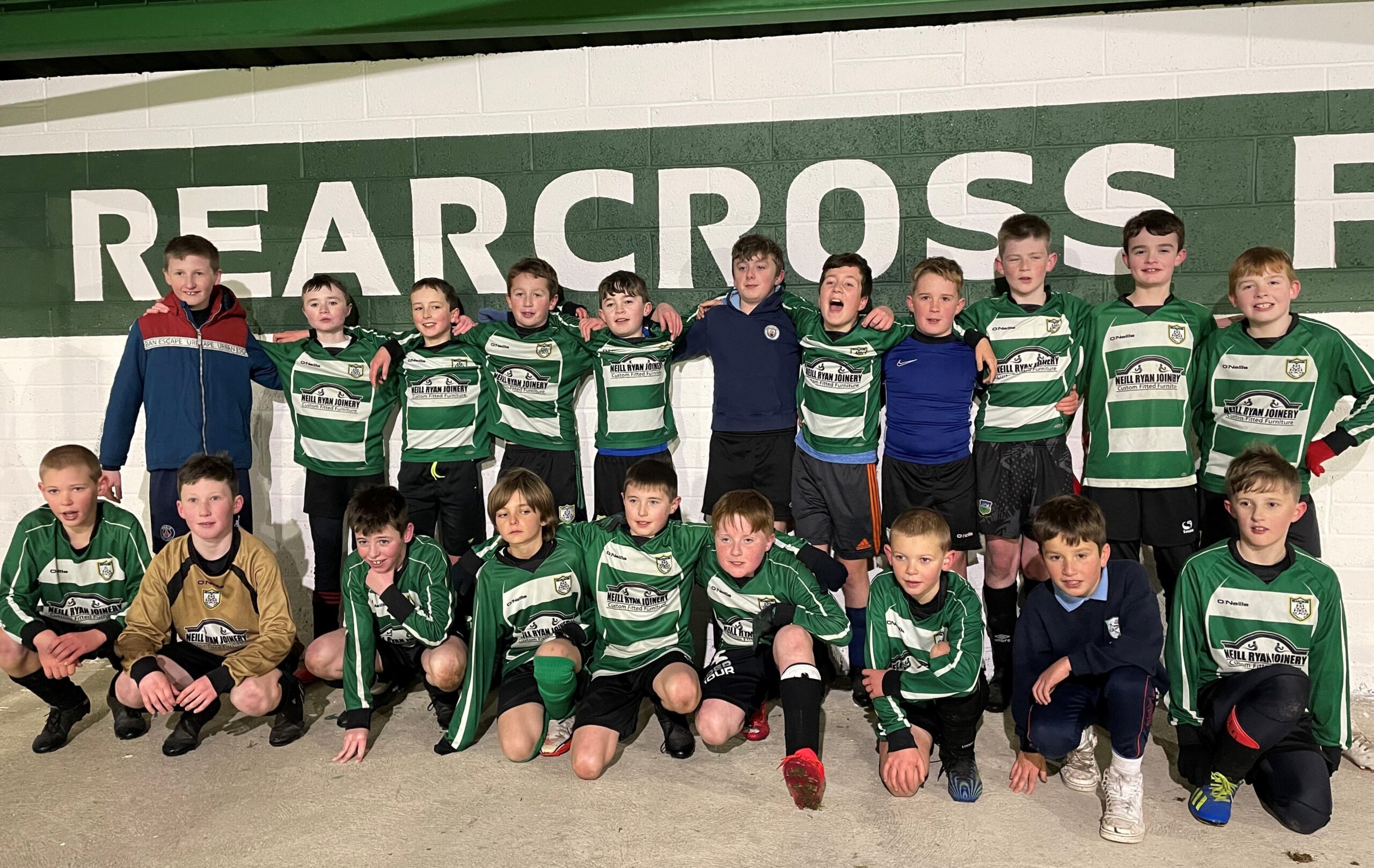 wide of the post. The visitors steadied and a free kick on the edge of the box forced Darragh Reynolds in to action. A Ciaran McLoughlin shot in the 20th minute from outside the area was saved by Jamie Sage. The hosts were gaining a foothold and Andrew Hanly was unlucky with a good effort from a Conor Nolan assist while at the other end Darragh Reynolds was back in the action with a smart save. The breakthrough came when good play from Jack Hickey saw a pinpoint pass through the Nenagh defence to Conor Nolan who calmly slotted between the posts. It was 2-0 minutes later when Jonathan Dawson's in-swinging effort from out on the right nestled in the corner of the net.
Rearcross upped the tempo in the second half and nearly added to their tally when James Costello soloed out of defence and linked up with Jonathan Dawson and Ryan Quigley who smartly released Patrick Carr with the effort just wide in what was the best move of the match. It was three nil with another good move involving Ryan Quigley and Conor Nolan before Ciaran McLoughlin’s strike was parried by the Nenagh keeper to Jonathan Dawson who made no mistake with a close-range finish. An in-form Jonathan Dawson completed his hat-trick with a converted penalty following a handball infringement. Rearcross were now in control and emptied the bench with all players introduced putting in a fine effort. The Slieve Felim side went 5-0 ahead when a Darragh Reynolds effort was blocked down but Conor Nolan got behind the defence to poke home the rebound. A lively Sean Ryan completed the rout for Rea after smartly dispatching past the Nenagh custodian. The Brickfields side didn’t give up and grabbed two late consolation goals as Rearcross head in to the Christmas break on a winning note.