NTSFL U-12 Division One Cup Final

Rearcross U-12’s and BT Harps ‘B’ clashed in the U-12 Division One Cup Final on Monday evening with Rea claiming the silverware on a 5-1 scoreline following a very entertaining encounter played on an excellent pitch surface at Moneygall FC Grounds. Rearcross got the perfect start and hit the front inside the first minute when Conor Nolan pounced in the box to finish from close range. It was all 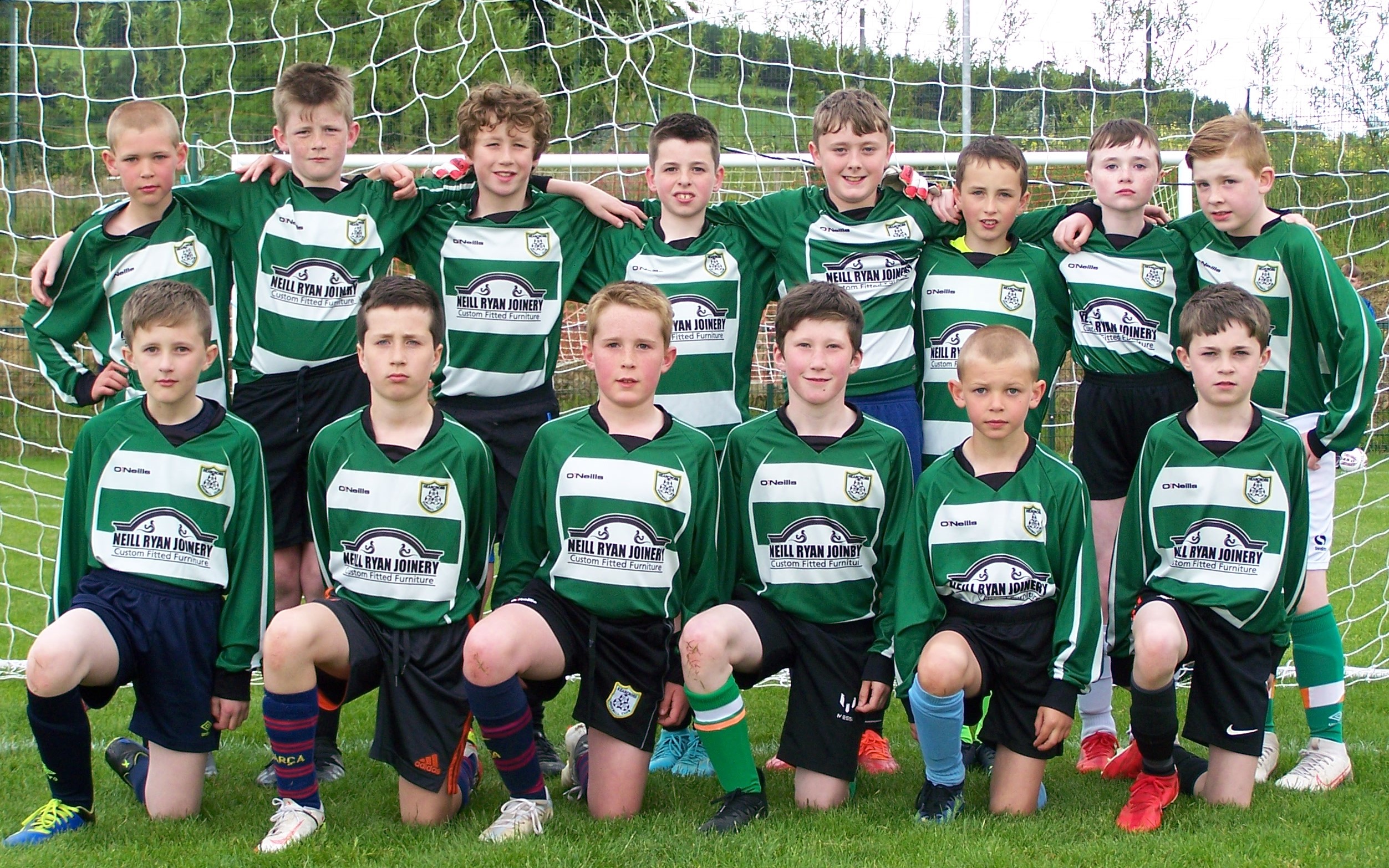 Rearcross at this stage winning a succession of corners in the process and then the pressure paid off when Conor Nolan netted again on eight minutes after latching on to Patrick Carr’s rebounded effort following good support play by Michael Collins. BT Harps dug deep at this stage and threatened two minutes later but Jack Hickey cleared and then Andrew Hanly was in the action to avert the danger. It was three nil to the Slieve Felim side when Patrick Carr’s through ball opened space for Jonathan Dawson who rifled a low effort to the back of the net with just ten minutes gone in the tie. This was going to prove a bridge too far for a gallant Templemore side that never gave up with their keeper Liam Nash very much to the fore throughout and denied a Michael Collins effort with 13 minutes remaining in the half. The best chance of the half for Harps came shortly before the break when Rearcross were fortunate to deflect out for a corner kick, a goal at that stage might have been a lifeline but Darragh Reynolds was fast off his line to cleanly gather the resultant corner kick.
BT Harps made the first incision after the re-start, however Jack Hickey closed in to negate the threat. Rearcross stretched their lead to four nil two minutes in when Patrick Carr pinged an inch perfect cross fro 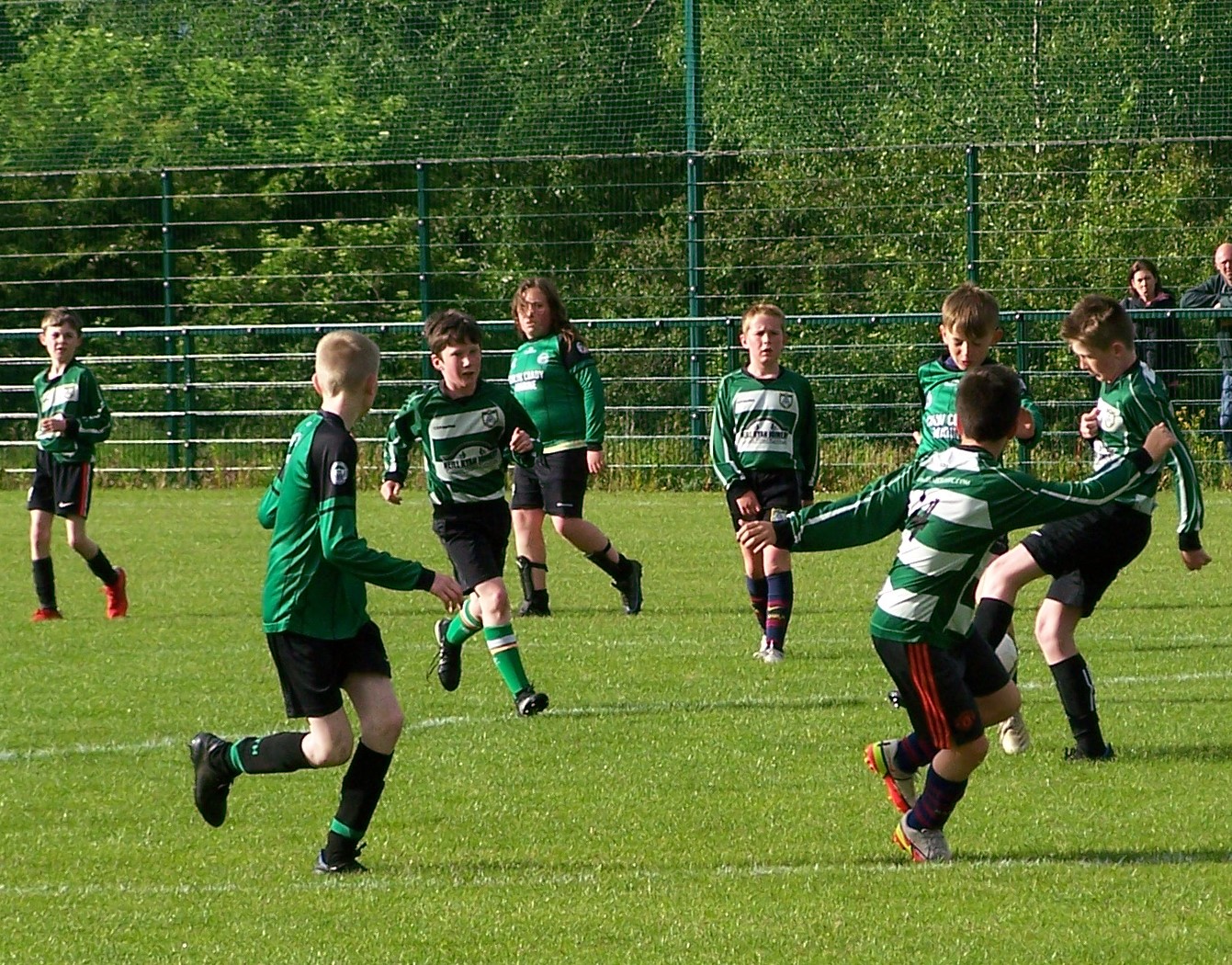 m the left to Conor Nolan who prodded home from the edge of the six-yard box. The outcome was put beyond doubt four minutes later when James Costello’s long ball over the top broke to Conor Nolan who slipped the ball home with a deft touch to bring his tally to four on the evening. Rearcross introduced all panellists and had strong showings from Cathal Hickey, Sean Guidera, Ryan Quigley, Liam O’Dwyer and Conor McInerney. BT Harps had battled gallantly throughout despite the lightening start from Rea and grabbed a consolation goal with eight minutes remaining when Geoffrey Meade slammed the ball to the roof of the net and might have bagged a second near the end only for a reflex save on the line by Rearcross custodian Darragh Reynolds. The last action saw Ciaran McLoughlin fire on target with seconds remaining but BT Harp’s Liam Nash was equal to the effort and saved brilliantly at the near post before Jimmy McCarthy blew the full-time whistle. Ursula Scully (NTSFL Secretary) presented the Cup to Rearcross captain James Costello, the players were presented with Cup winners’ medals and also League runners up medals before the celebrations began for a delighted squad in what was a thrilling victory for the Shane Reynolds and Liam Nolan(B) managed outfit. The signs are positive for next season, very well done to all involved. 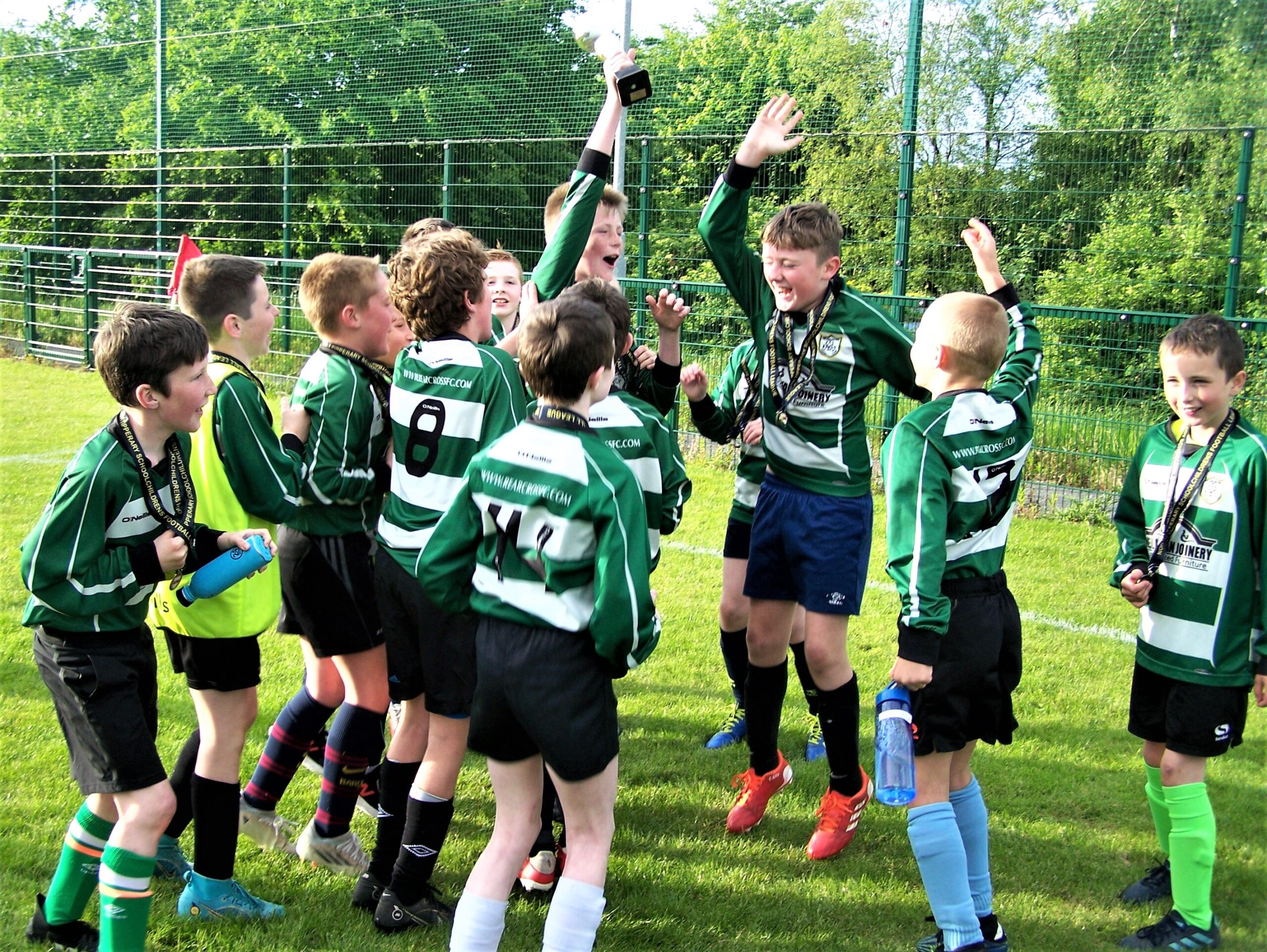 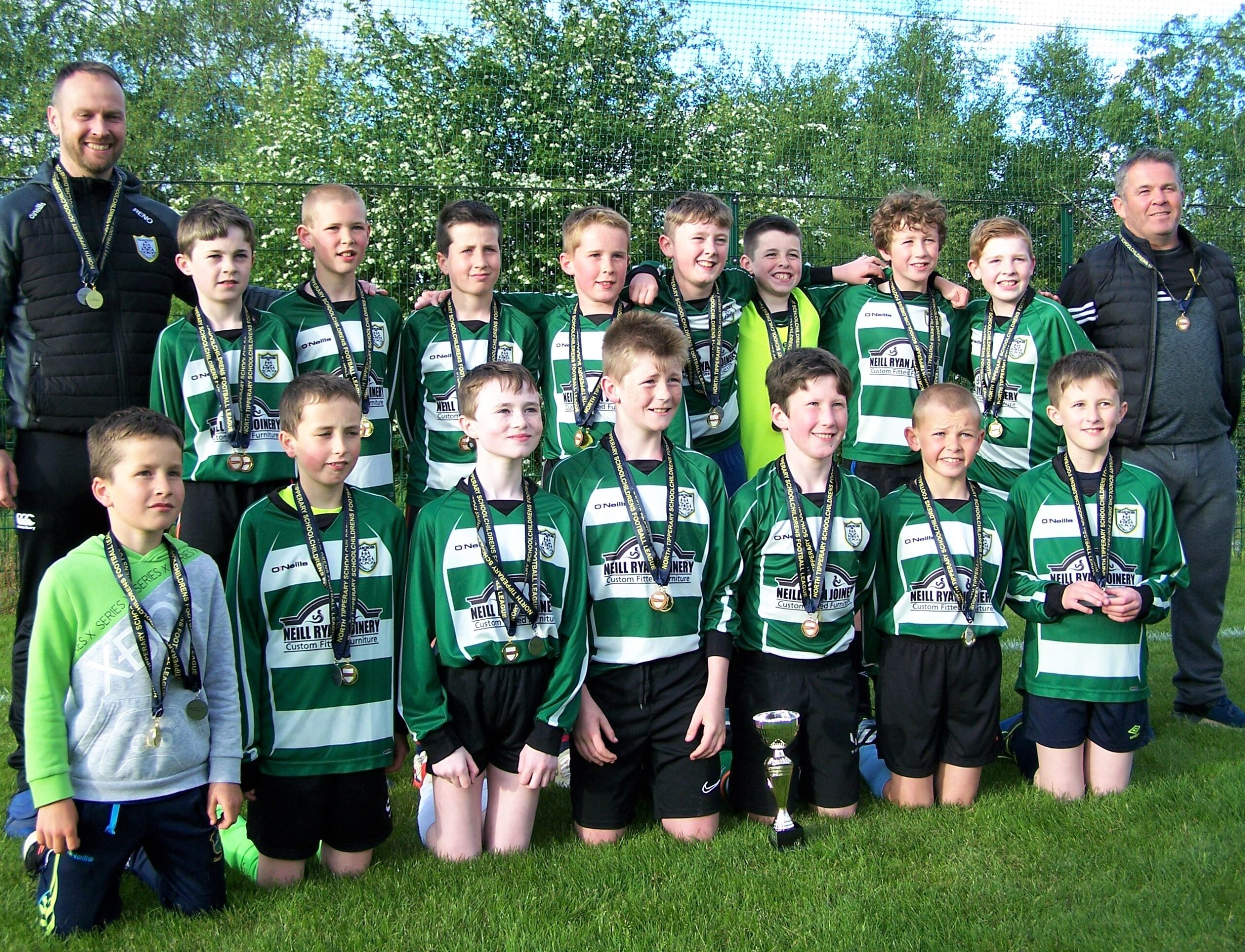 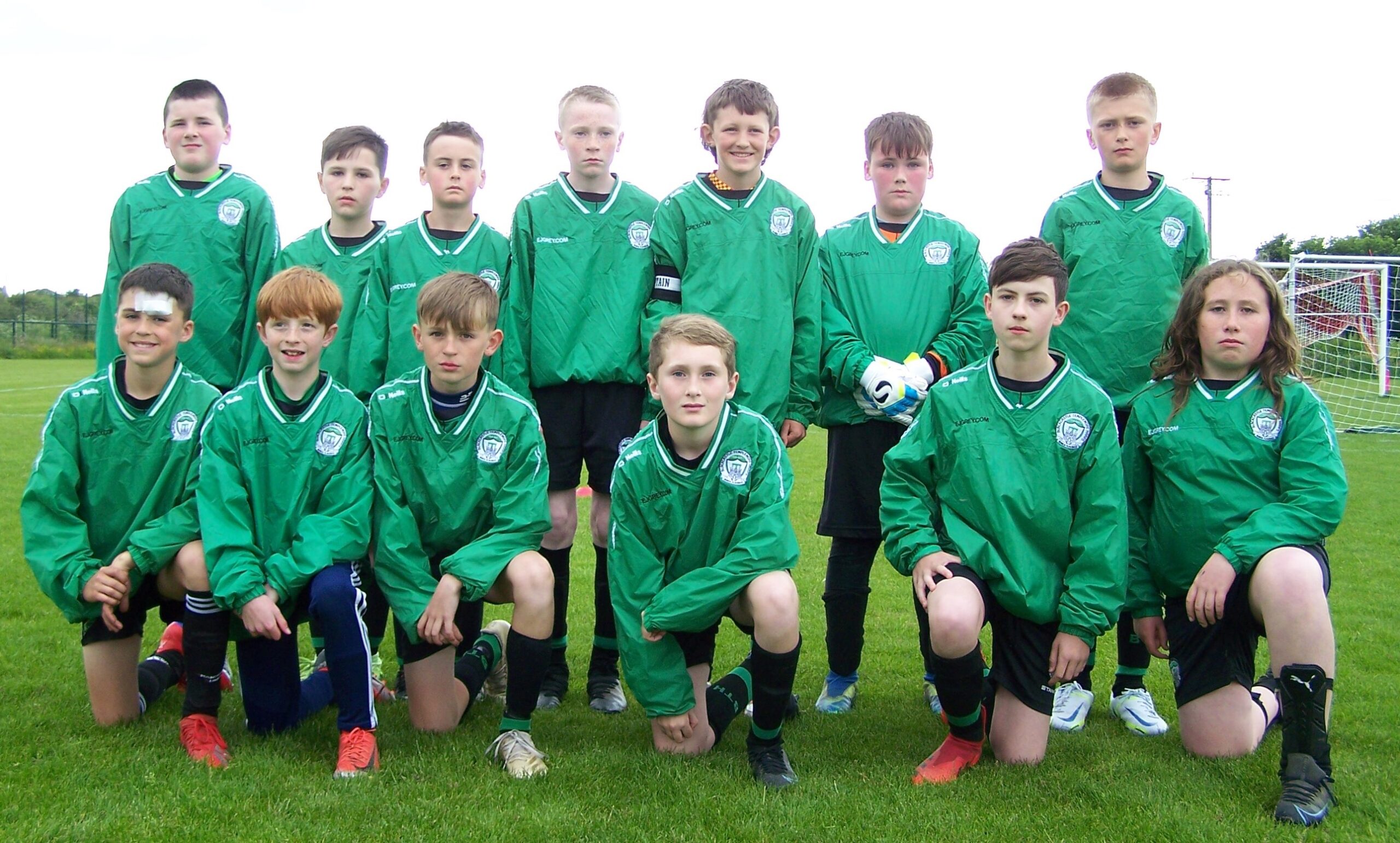