From Showband to Soccer was the how it evolved for a gallant Lucky Numbers team which played in Rearcross tournaments and other local Tournaments in the early eighties. The team base was in Portnard Cappamore with Shay Fyffe their organizer in chief. Lucky Numbers played in a number of local tournaments at that time and recorded a memorable Rearcross tournament win in 1984 defeating Croughlahan Rovers in the final on a narrow one nil scoreline, the game was played in Quigley’s field across the road from Kennedy’s Shop, scenes of great jubilation unfolded at the final whistle. 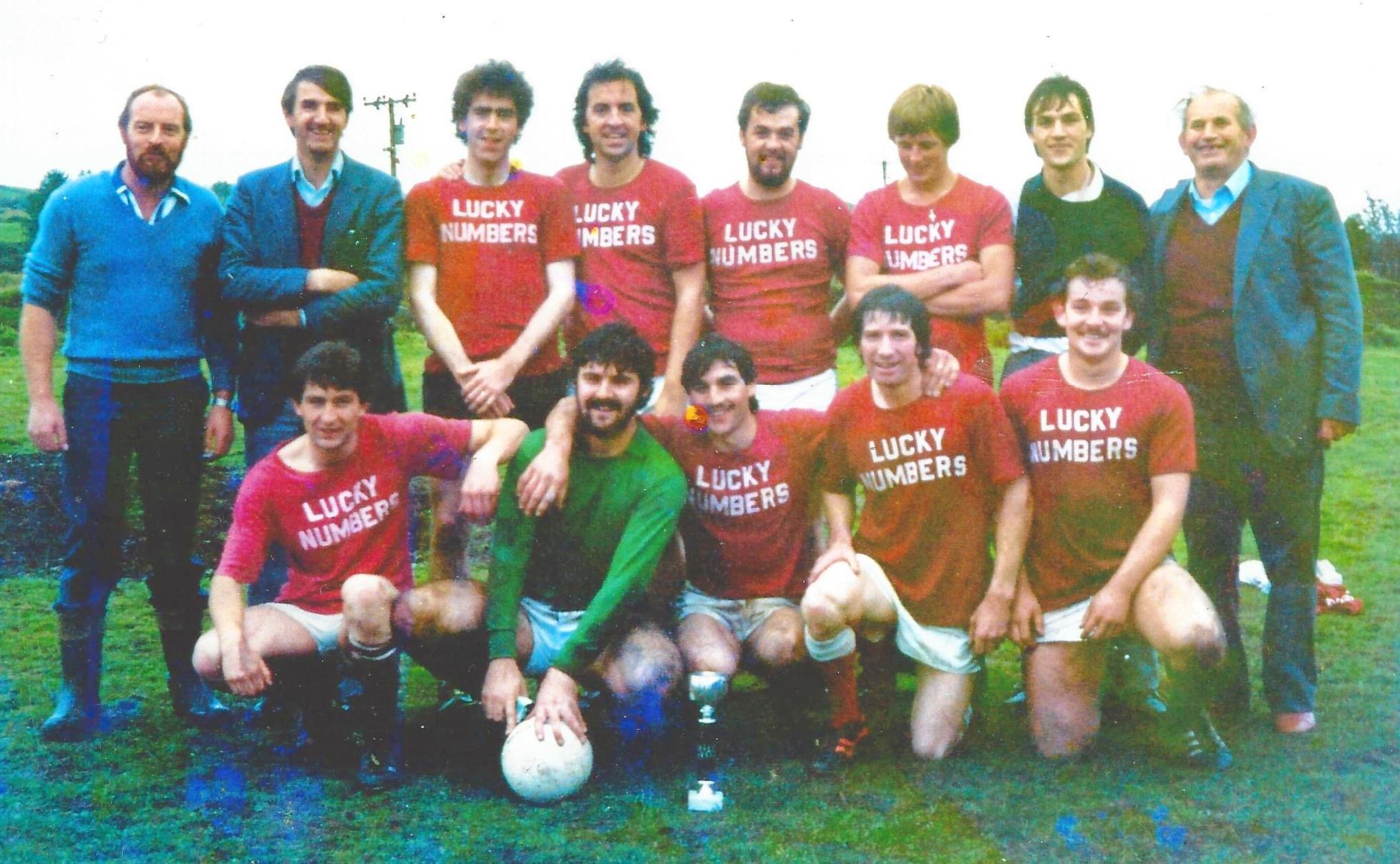