The following article is taken from the Murroe AFC Club Fanzine to mark the winning of the Keane Cup in 1997 and was published in June of that year. The second article deals with Murroe AFC from 1997 to the present time.

Twenty years is a long time to wait for anything; especially for a club to wait for its first trophy. When it finally does arrive, it is only fair to look back, however briefly, on the history of the club and also recall at least some of the personalities and events during that long wait.

Though the club first joined the Limerick District League in the old 5th Division in the history of the Club goes back some seven years before that. Around 1970 a group came together to take part in a seven a-side tournament in Rearcross. These included Patsy O’Brien, Eddie Quinlan, Ger Canning and Edsie O’Brien. Soon after it was decided to put the Club on a proper footing, so a clandestine meeting was called in the old dressing rooms in Harty Park, the infamous ban still being in place at the time. The Officers elected were Chairman: Patsy O’Brien, Secretary: Eddie Quinlan and Treasurer: Ger Canning.

The Club continued to play in local tournaments most notably in Rearcross and Doon. This continued with an increased interest in soccer generally, so there was no shortage of teams from Doon, Pallas, Cappamore, Rearcross, Cappawhite, Bilbao and even Annacarty. This meant that all matches were extremely competitive and keenly fought. The club had mixed fortunes however reaching several finals but failing to win any. On one famous occasion in the final of the Doon tournament, the match was played with 12 men for the second half, when a substitute was brought on in the second half, but no one was brought off. This match incidentally was a one all draw and we lost the replay!

Around this time, the Western League was formed in which teams was played on a home and away basis. Although there had been a split in the Murroe camp at this stage, due to the influx of players from the newly opened Ferenka plant, the team recorded their first League title, although they lost the Cup to Rearcross. The team continued in the Western League for a couple of years, until a decision was taken at a meeting in Power’s Lounge, Abington in 1976/77 to join the Limerick District League and the team was entered in the old 5th Division. The first match was played against Annacotty. In the squad that day were Joe Kirby, Oliver Coffey, Tom Ryan, Patsy Davis, John Davis, Dick Bourke, JJ Keane, Tim McInerney, Martin Davis, Martin Holmes, Declan Ryan and Willie Quigley.

The Club continued to play in the 5th Division and then played in the revised Division 4B, having had many near misses, until they made the breakthrough in 1993/94 season, when they won promotion for the first time. That promotion squad included Paddy Ryan, Paul Power, Padraic Power, Larry O’Connor, Declan Maguire, Matthew Kett, Liam Fogarty, Dick Bourke, Kevin O’Sullivan, Joe Ryan, Noel Harty, Denis Grant, Willie Power and Noel Ryan.

In many ways that success laid the foundations for the Cup Victory in 1997, when the club won the Keane Cup in Jackman Park. This was the Club’s first ever success under the auspices of the Limerick District League. In the seasons that followed, the Club narrowly missed promotion and took part in three cup semi-finals. The credit for this must go to a very committed squad ably managed by Declan Maguire. The season gone by has seen the emergence of a B team. This is indicative of the interest in Soccer and also of the Club’s wish to make competitive football available to the maximum number of players. We hope that the recent success will act as a springboard for even more success in the future. Due to the constraints of space this has to be a very brief look back on the history in Murroe football but at least it gives a flavour to what brought the Club to its present position.

The Murroe AFC Club motto shown on our Club crest on our Club gear is “ad astra per aspera”. From Latin and chosen by our Club founders it translates as “to the stars through endeavour”. It is an acknowledgement that nothing is achieved without dedication and hard work and if one is willing to put in this hard work, anything is possible and one can in fact reach the stars. From humble beginnings in the 70’s without a home, the Club purchased a piece of land in Tubber in the early 2000’s and this was to become our new permanent home and the catalyst for all our future developments.

This has allowed the club to field 2 junior teams, a ladies team along with girl’s teams from under 18 to an under 8 developmental side. On the underage boys side we have teams from under 15 to an under 8 developmental side. The Club now fields teams in almost every age group with continued growing participation of young people in soccer. This can be attributed to the proactive approach taken by club committees over the past years in recognising that the key to the successful future of the Club lay in developing the underage structure and encouraging parents to help with coaching and to undertake coaching courses.

The Cub has had a number of special achievements in recent years, especially when our Junior A team won Division 1B of the LDMC League in the 2014/2015 season, which entitled them to play in Division 1A. This is the first time in the Club’s history that we have a team playing at this level in the league and credit is due to all the current and past management for this achievement. The foundations laid at underage level in recent years is evident in the number of players from the underage structure who came through on to the A team in recent years.

Murroe AFC underage players playing in the Limerick County and District League have represented their League with distinction throughout the years. We have had players on Limerick County and District Kennedy Cup squads and Eoin Madigan from the Club had the honour of being selected as vice-captain of the 2016 Kennedy Cup squad. Our girls have been well represented on the U14 and U16 Gaynor Cup squads and also on the LWSSL U18 representative teams.

In 2014 Grainne Regan had the honour of becoming the first Murroe AFC girl to represent her country at U16 level against Northern Ireland at home and away to England gaining two caps. The Club has also had players on Munster schools’ squads. Brian Quinn made the Boys Munster Schools squad, and he was to be followed by Grainne Regan who captained Munster and Saoirse Barry, Clare Keating and Aisling Regan who also played for their province.

In February 2006, Murroe AFC won the FAI Club of the Month award in recognition of their achievements in a football sense and celebrating our valuable role in the community.

Each July the club hosts a very successful Summer Soccer camp with up to 100 children attending each year. We have also travelled to the Aviva stadium to play in the National Soccer Sisters blitz, which proved to be a very memorable occasion for all involved.

In conclusion, sincere thanks to all who helped the Club in any way, thanks to our many volunteer coaches and committee members, thanks to parents who stand out in the cold and rain at matches, thanks to the volunteers who run the various Leagues and to the wider community who have continued to support us.

“It isn’t what we say or think that defines us, but what we do.” Jane Austen, Sense and Sensibility 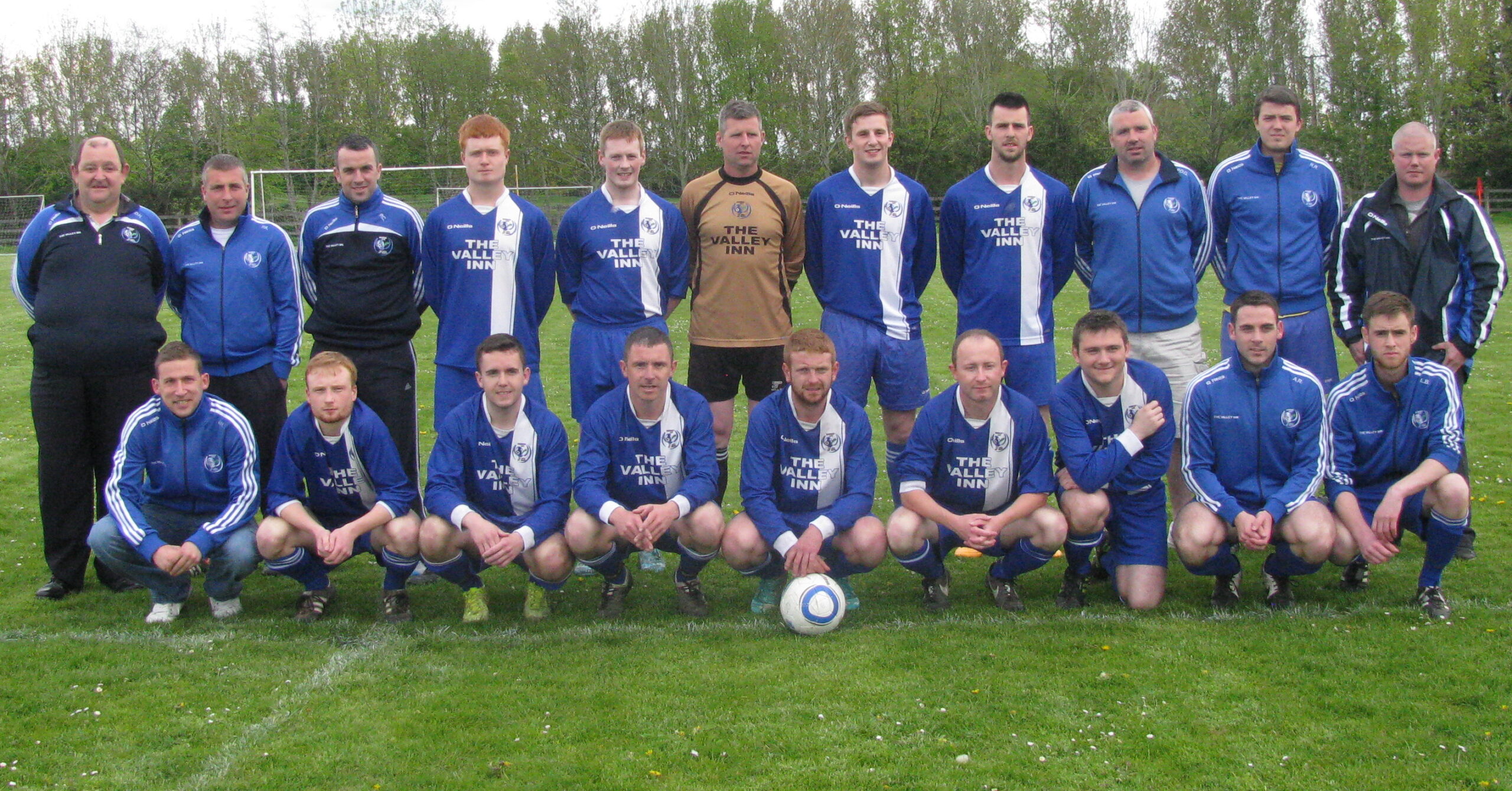