Founded in 1970 the club has gone from humble beginnings to a modern club with first class facilities. The town of Newport has seen a major population explosion during the Celtic Tiger, with it becoming a popular commuter town to Limerick City. Newport soccer club was not left behind during this growth surge and has become one of the most popular clubs in the locality.

Prior to the club’s formation in 1970 soccer had been played in the town where Stonehall Estate now is located. Up until 1971 the GAA had a ban on its members playing or attending so-called “foreign games”, including soccer, rugby and hockey. The first meeting of the club took place in May 1970 in the pool room of O’Sullivan’s Bar, only five individuals attended. These five men were the founding members of Newport Town AFC. The club entered one team in the Clare League and played their first competitive game in August 1970. It was not until 1973 that Newport claimed their first piece of silverware beating Kilrush in the Clare shield final. In 1975 Newport entered the Limerick District league and this is where they continue to participate today. The first league title was added to the list of honours in 1979 when the Division 2 League was won. LDL Div. 2 Champions 1978-79

In 1985 there was a growing interest in soccer among school kids and the schoolboy’s section of the club was formed. Jimmy Ryan and Martin Lenihan were the two people responsible for setting up the schoolboy division of the club. The schoolboys won their first trophies in 1988 when the U-12’s won both the League and Shield competition. 1991 was the most successful year ever for the Club with both the junior team and the schoolboy’s teams winning two trophies each. The club continued to win a number of leagues and cups throughout the 1990’s. In 1997 the schoolboy teams joined their adult teams and competed in the Limerick District Schoolboy League (LDSL). Success was instant with the Under 12’s winning the LDSL Premier title in 1997, they were also awarded the LDSL team of the year.

2002 saw the U-13’s reach the last 64 places of the FAI Cup losing out to Newbridge Celtic. 2004 was a historic season for the schoolboy section of the club entering their first teams in the small-sided games competitions. During the 00’s the club saw its biggest surge in growth, growing by more than 140 members.

All the while a major fundraising plan was in operation and in August 2007 a new chapter was written in the Newport Town AFC history book. After 37 years of using a field provided by the O’Sullivan family to cater for all teams, the club moved to its new home Derryleigh Park. A modern top-class facility was developed which has two sand-based pitches and in 2009 an artificial pitch was added. In September 2010 FAI CEO John Delaney officially opened the ground.

Also, in 2007 the club were invited to take part in the Manchester Cup, four teams travelled and competed in the prestigious tournament. Two teams claimed silverware.

Fortunately, in 2013/14 season we saw the reformation of girls’ soccer after years of absence. We also collected the O’Halloran Cup (Limerick District League Div.1A cup honours). Every year the club has seen membership growth and in the 2015/1 season a record membership of over 300 was recorded. Currently the club fields 14 schoolboy teams, two schoolgirl teams and five junior teams. Recent years have seen our schoolchildren’s section growing and collecting silverware.  We hope in time to develop players to compete in Premier status football in Limerick.

On Sunday December 21st, 2014, NTAFC officially unveiled the club’s contribution to football plaque in O’Sullivan’s. The plaque is to show the club’s appreciation to men and women past and present who contributed greatly to our club since its foundation back in 1970. The names below are mostly founding members. Other names will be added at our annual AGM in May. Sadly, time has beaten many of our members who did so much in the early years of our club and their efforts will always remain close to our hearts.

NTAFC is a community club which is funded from the generosity of both the local businesses and community, without that generosity we would simply not have the fantastic facilities we currently have at Derryleigh Park, all that is missing is a top-class clubhouse. The support we get for our developments from local our community ensure that these become reality.

Off the field, our new clubhouse / dressing-rooms development remains on course, and we would be hopeful that this time next year, our new clubhouse will be almost complete and ready for full use in the 2017/2018 season. It hopefully sees the club presenting our proposed clubhouse which we have been granted full planning permission for, it will be situated behind the top pitch at Derryleigh Park with a veranda on all four sides. It will consist of four dressing rooms with showers and toilets, referees’ room, function area, reception area, kitchen, male, female and disabled toilets. The club is growing year on year both in terms of players and facilities. This growth requires a massive input of time and dedication. We thank all our volunteers that the Club has. It may be an hour a week, whatever you feel you can give will go a long way. We wish to pay tribute to our past officers and their committees for their magnificent contribution and laying a strong foundation that reflects on our club today.

In closing NTAFC would like to take this opportunity to wish our near neighbours and friends, Rearcross FC the very best for the fifty-year anniversary, a remarkable achievement indeed. This achievement has only been made possible by the outstanding contribution made by the members of their club who have given many hours of their time to make the club what it is today. From the beginning to present day, they have been run entirely on a voluntary basis which in itself is an outstanding achievement and it is a wonderful reflection on their community in wanting their club to continue to be the focal point for the Rearcross community. We have competed annually in the Ann Kennedy Cup, being victorious on five occasions, including the inaugural final in 1991.

Rearcross FC’s 50th Birthday is a celebration of success by the local association football Community. We again extend best wishes and thanks to you all for your wonderful contribution and support to local soccer. We look forward to many more successful years to come. 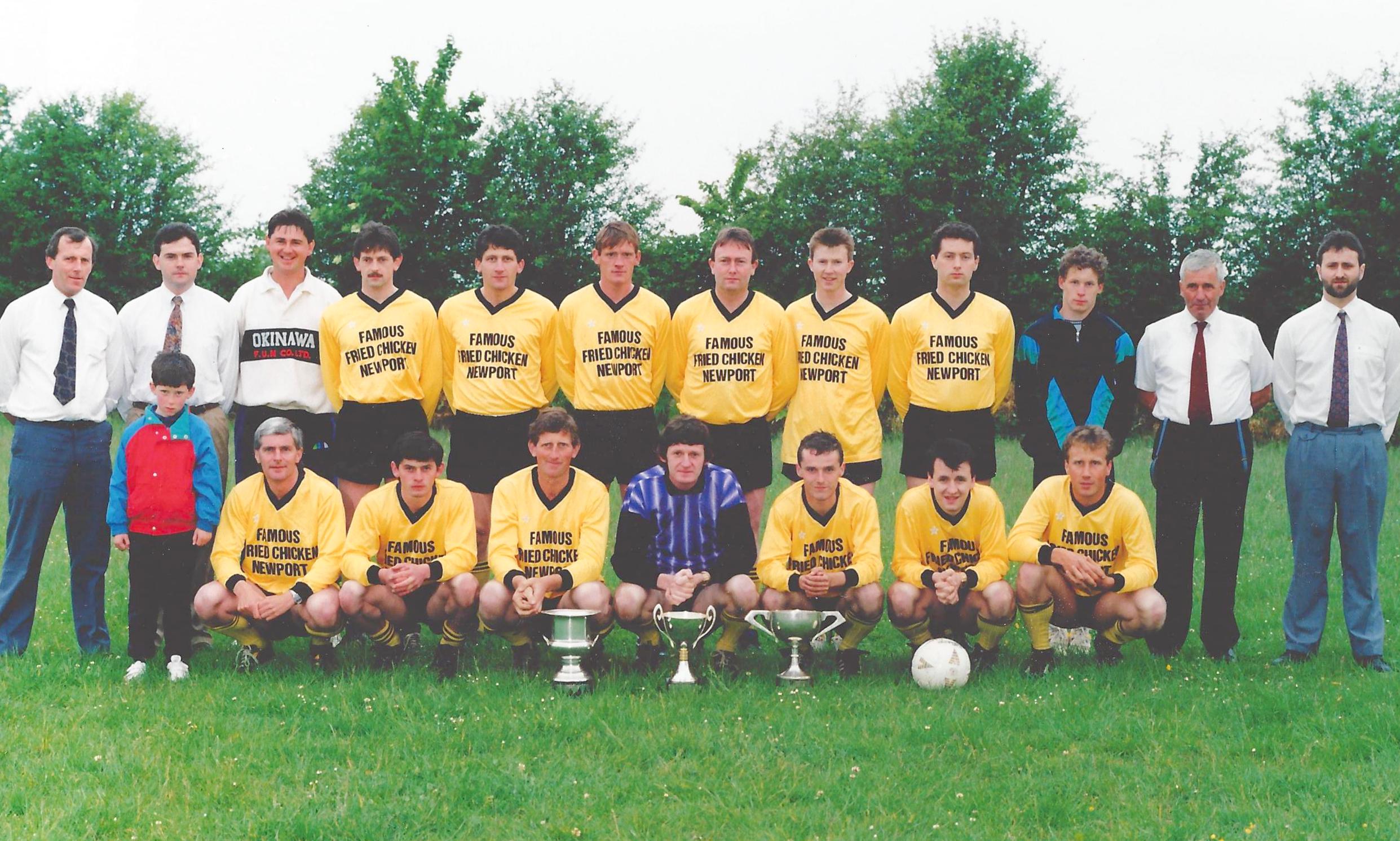