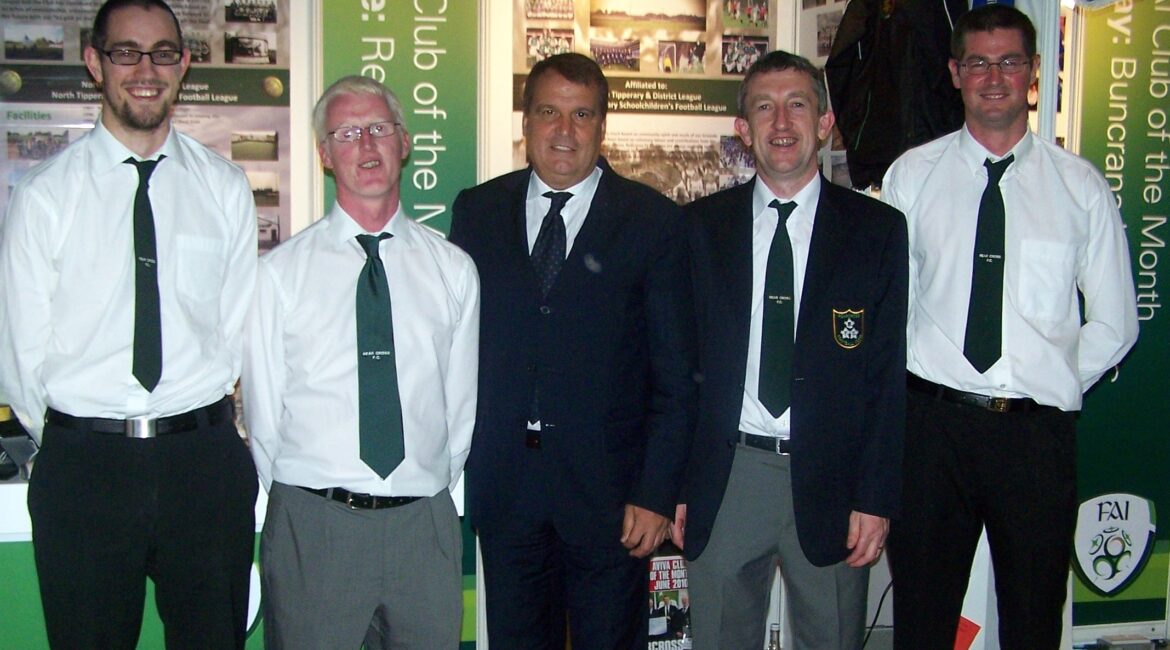 Rearcross FC was honoured to receive the FAI Club of the Month award in June 2010 and qualified for Club of the Year Final as a result which took place in Whites Hotel, Wexford on 20th August of that year. A Club delegation travelled to Wexford for the event, a Club booth was set up on arrival to include slide shows, wall charts, photos and other Club memorabilia for display to AGM delegates including former international players in addition members of the Judging panel who visited the different booths as part of the judging process.

The most frequent question from visitors to our booth was “where is Rearcross!”, so we hope we played our part to put Rearcross on the soccer map of Ireland. The Club delegates also made a formal presentation to the Judging panel later that afternoon which was following by a Q&A session.

The Club delegates attended a Gala Banquet later that evening where the winners were announced, alas Rearcross FC didn’t finish in the winner’s enclosure on this occasion with the honours going to Kingscourt Harps.

Overall, this was a wonderful experience for all involved as we rubbed shoulders with many famous faces in Irish football before making the trek back home to Rea the following day. 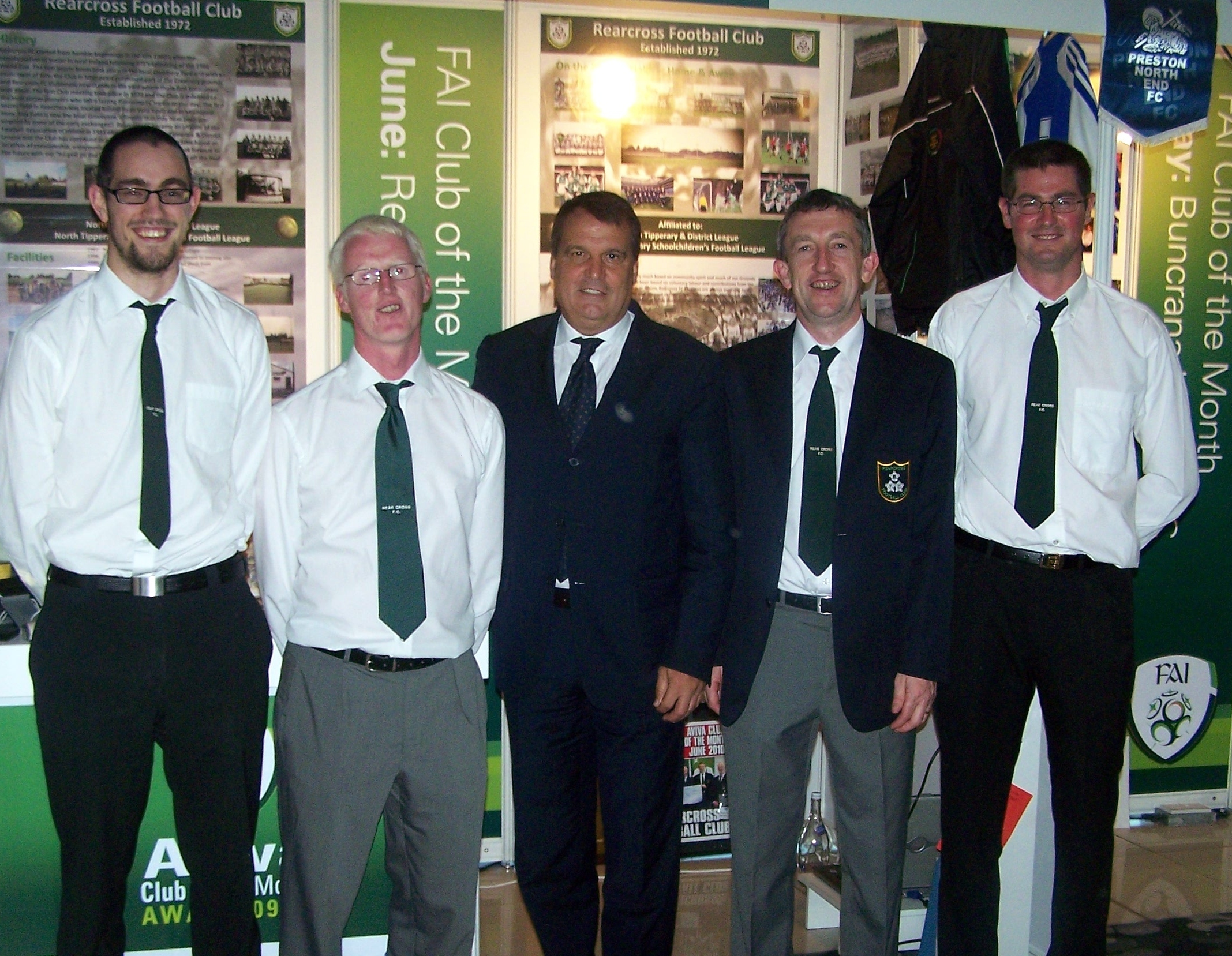