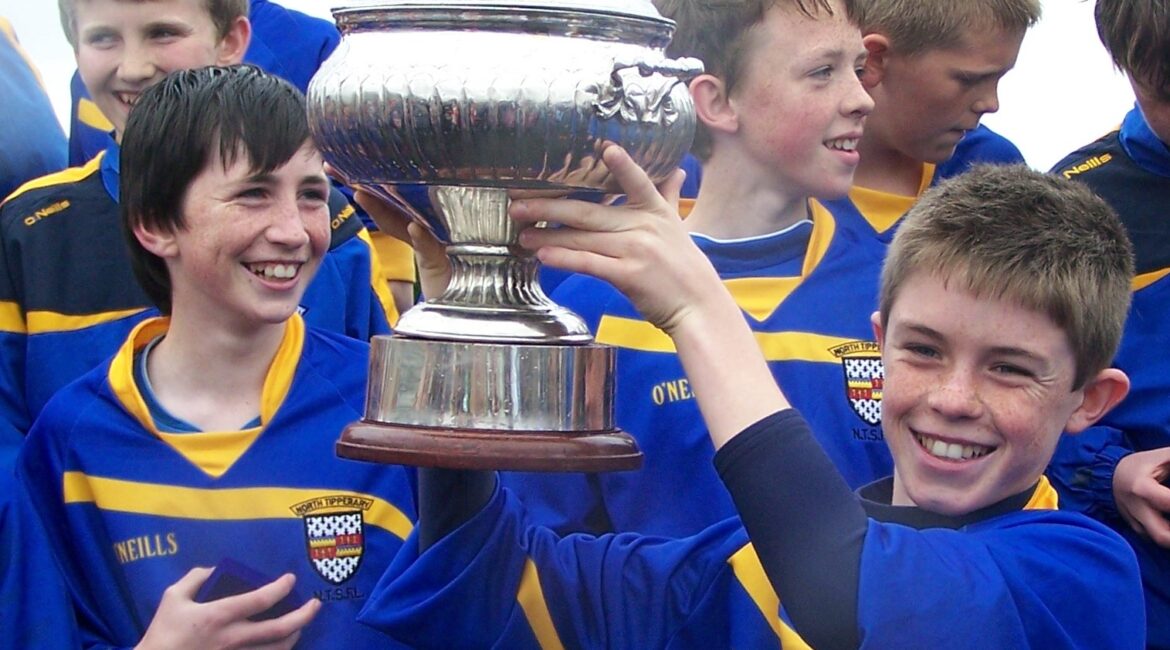 A number of players from the Club have been involved in NTSFL Emerging Talent Programmes in recent years and indeed a great initiative to enable players to progress their talents. Patrick Carey has the honour of being the only player from the Club to achieve National success with the NTSFL U-12 team which won the Cashin Cup in 2011, Patrick went on to play Kennedy Cup the following year.

Patrick Deegan was involved in the Emerging Talent Programme from the onset and played Kennedy Cup with NTSFL and progressed to the Regional Emerging Talent Programme in UL. Patrick won a Munster U-16 title with NTSFL in 2012 with a hard earned 2-1 win over Cork in the Final. Patrick also played on a Munster Youths selection in an Inter-Provincial Tournament played in Waterford in 2014.

On the Ladies front, Vicky Reynolds started her playing career with Rearcross FC and then progressed to play with Aisling Annacotty. Vicky was honoured to wear the Irish jersey with the Ireland Ladies U-15 team in a friendly played in 2007 and subsequently played with UCD Waves in the Women’s National League.

Grace O’Toole played representative soccer from U-12 upwards and is currently playing with the NTSFL U-16s. Grace won the Golden Boot Award at a Stoke City International Tournament played in March 2015 where the NTSFL side emerged victorious. Grace played Gaynor Cup in recent seasons for NTSFL and was also part of the 2016 Gaynor Cup team.

Eimear Carey was called up to NTSFL ETP squad in 2015 and produced stellar performances at right back. Eimear was a key player for the NTSFL in the Gaynor Cup completion held in UL at the beginning of June 2016

Unfortunately, our demographic profile prohibits the Club from fielding 11 a-side teams at some age groups, so some players have played with neighbouring Clubs Newport AFC and Birdhill FC. Pat O’Toole excelled for Birdhill FC during the 2014/2015 season and was rewarded with the NTSFL U-15 Division One Player of the Year award.

Stephen Rochford was honoured with the NTSFL U-14 Division One Player of the Year Award for the 2015/2016 season after netting a total of 26 goals for Rearcross U-14’s en route to clinching a thrilling League title for the Rea boys.