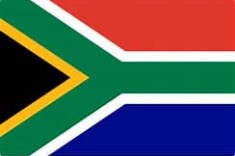 Frank O’Toole played with Rearcross during our maiden campaign in the NT&DL in 1983 and later departed for South Africa to set up a new life in a contrasting environment.

South Africa is a large country with an area that is approximately seventeen times the size of Ireland. It is a country of contrasts, the province of Gauteng is highly industrialised and densely populated while the Northern Cape is so sparsely populated that it is possible to drive for an entire day without seeing little human habitation. The climate varies throughout the country from Mediterranean in the Western Cape, semi-desert in the Northern Cape to subtropical in Kwazulu-Natal and all are characterised by much sunshine. When I first arrived in Rustenburg (North West Province) in 1987 I was amazed with the clear blue skies that last from May to September in this part of the country during the South African winter. It also reminded me of Patrick Power our primary school teacher in Rear Cross who previously lived in South Africa and greatly disliked wet weather.

Approximately fifty five million people call South Africa home. The majority of the population is black (79%) with significant minorities of whites (9%), coloureds (mixed race) (9%), Indians (2.5%) and other immigrants (0.5%). The black population comprises many different tribes with their own distinctive language and culture, including Zulu, Xhosa, Sotho, Venda and Tsonga. South Africa has eleven official languages. The majority of the whites are Afrikaans (mainly of Dutch origin) and the remainder are mostly English speaking with a smattering of immigrants from all corners of the globe. It is said that South Africa is a proxy for the whole world such is the range of its climate, geography and people. With its eclectic population, South Africa is characterised by diversity and colour. During a typical day it is possible to hear many languages being spoken simultaneously and additionally in the mining industry a language called Fanakalo (a mixture of Zulu, English and Afrikaans languages). On hearing these languages, I often wonder how the majority of people in Ireland cannot speak Gaelic fluently and how such a situation came about, reminding me of Pearse’s quote “Tίr gan teanga, tίr gan anam”.

The Kruger National Park is situated in South Africa. It is about the size of Wales and contains a large variety of game animals including Africa’s ’Big 5’; lion, elephant, buffalo, rhinoceroses and leopard. Many other private game reserves are distributed throughout the country making it possible to view Africa’s game species in the wild.  South Africa is endowed with a treasure trove of natural resources including diamonds, gold, platinum, palladium, coal, iron ore, nickel, chromium, vanadium and many others. I work in the platinum industry where South Africa holds 89% of the known reserves of platinum in the world. The mineral wealth of South Africa is at the centre of South African politics in the fight for better pay for workers, eradication of mass unemployment and a belief that nationalising the mines could help bring prosperity and the good life to all.

South Africa is characterised by great disparity in wealth between people, from the affluent to the millions of people who live in extreme poverty. A great number of people live in makeshift shacks in informal squatter camps on the edges of the large cities where they work. While much has been done to transform South African society since the first democratic elections in 1994, the eradication of poverty and associated crime and violence is proving very difficult to achieve. Being a land of sunshine South African’s love to barbeque meat (called a ‘Braai’) and drink beer. No home is complete without a well-constructed Braai. Big rugby clashes are characterised by supporters braaiing meat and drinking beer in the streets leading to the stadium.

The main team sports in South Africa are soccer, rugby and cricket. In the days of apartheid blacks mainly played soccer while the white community mostly played rugby and cricket. Much development work has taken place to ensure that the national cricket (Proteas) and rugby (Springboks) teams have strong black representation, but it is a slow process. Blacks in South Africa love soccer with many supporting one of the two Soweto (Johannesburg) giants Kaizer Chiefs or Orlando Pirates. I played some soccer when I first came to South Africa but alas age has long ago caught up with me. All the major European soccer leagues are televised with the English Premier League being a firm favourite across the country. In conclusion, South Africa is a country of unbelievable diversity richly deserving the title ‘The Rainbow Nation’, and is a very rewarding destination for an intrepid tourist.