Rearcross U-16’s produced a brilliant display last Sunday at Nenagh Brickfields to clinch the Division One League title with a resounding 4-1 defeat of Arra Rovers who had finished the league campaign level on points with Rearcross. The opening minutes of the game saw Rearcross on the offensive winning three corners on the trot, however Arra Rovers defended stoutly. The green & whites kept the pressure on and hit the front on eleven minutes when good play from Patrick Deegan in the middle of the field saw the ball break to Gary McMahon who broke through the centre before slipping the ball inside the post. Rearcross stayed on the attack and Tommy Lyons linked up with Patrick Deegan four minutes later with the latter firing across the face of the goalmouth. Arra Rovers were also having their moments and Paul Ryan did well to cut the ball out for a corner kick with eighteen minutes gone. Darragh Kennedy was in the action seconds later after firing over with a good effort. The Arra Rovers custodian came to the rescue on the twenty minute mark after pushing Patrick Deegan’s low effort away to safety. The Portroe side enjoyed a period of dominance after this and Rudhran Mulrooney’s effort was inches wide of the upright on 26 mimutes. The Rearcross defence played well throughout and Gary O’Brien tidied up on 32 minutes to avert the danger and then Martin Nolan cleared a minute later. Arra Rovers drew level with six minutes remaining in the half when Andrew Dunne’s well struck long range effort took a deflection before nestling in the roof of the net. Indeed, Rearcross might have fell in arrears seconds later when a menacing corner kick delivery flew across the danger area. The Slieve Felim side got a tonic finish to the half when Patrick Deegan won possession in the middle of the field before releasing Gary McMahon who kept his composure to knock the ball between the posts. The last action of the half saw Jamie Maxwell’s pop shot from distance fly over the Rearcross crossbar.
Arra Rovers made the first incision of the second half and won a free kick inside the opening minute, Jamie Maxwell’s low effort whizzed outside the upright. Dylan Ryan got on the end of Gary O’Brien’s corner kick on 46 minutes with the headed effort not far away. Tommy Lyons combined with Darragh Kennedy who let fly with a good strike that dragged away from the target.  Gary McMahon completed his hat-trick with aplomb in the 51st minute when Brian Carey sent a long delivery down the centre, the Rearcross number eleven raced through beating two Arra defenders in the process before calmly slotting a low effort to the back of the net much to the delight of the large contingent of Rearcross supporters. Arra Rovers threatened on 53 minutes; however Darragh Ryan Luke did well to get down to make the save. The reds were chasing the game at this stage with Matthew Feehan and Gary O’Brien ably dealing with anything that came their way. Dylan Ryan set up Brian Carey in the 58th minute; however the Arra net minder made a good block. Rearcross had victory in their sights and Paul Ryan tracked back to put in a decisive tackle with five minutes to go. Patrick Carey was impressive when introduced and showed good footwork to force a corner kick which Arra cleared off the line to prevent an own goal. The champions elect copper fastened the league title two minutes from time when Patrick Carey advanced on the right before cleverly pulling the ball back to Tommy Lyon’s whose well struck effort ricocheted against the woodwork before rebounding back to Brian Carey who rammed to the back of the net to seal the League Title for a jubilant Rearcross side and supporters. Rearcross were deserving winners on the day and hearty congratulations goes to all panellists, a special word of thanks to Declan O’Toole and Eamon Devitt for their outstanding work with the squad this season. This was a first Title for the Club since 2007 and it is hoped that we can build on this thrilling win. NTSFL Chairman Tomas Ryan presented the League Cup to Rearcross Captain Patrick Deegan after the game before the celebrations began in earnest. 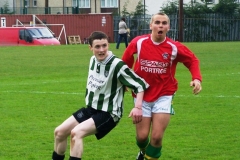 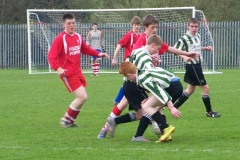 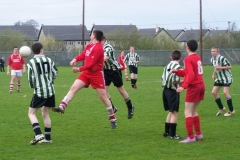 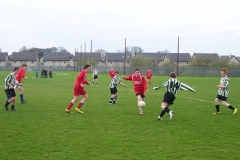 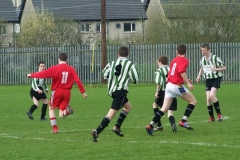 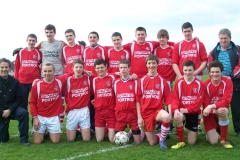 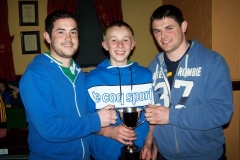 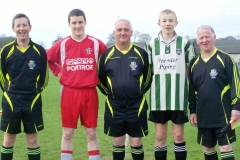 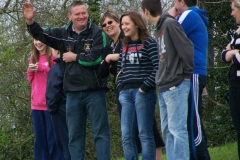 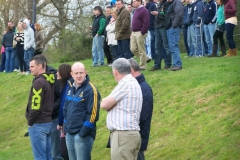 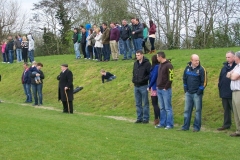 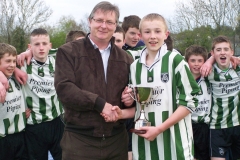 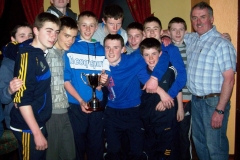 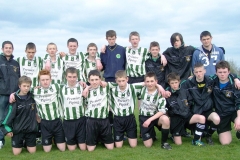 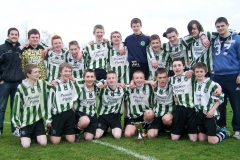