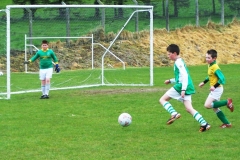 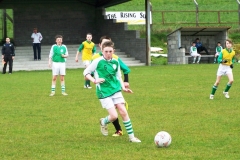 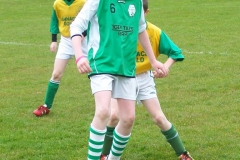 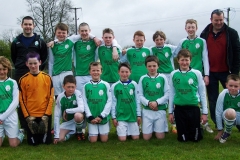 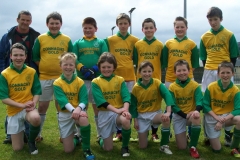 Rearcross played host to Premier club Ardcroney on Saturday morning, April 7th, in this first round cup tie.  The visitors showed their premier status form the kick off and were a goal up after 10 minutes when Liam Cleary struck a fine goal from the edge of the area,  Rearcross settled after this setback but had to do most of the defending against a stronger Ardcroney side.  Pat O’ Toole and Adam Hurley made two good individual attacks but failed to test the visiting keeper. Kevin Oakley made it 2 – 0 after 20 minutes with another well struck shot from the edge of the area.  The first half finished with Ardcroney well on top. After 10 minutes of the second half Conor Ryan made it 3 – 0 with a well taken goal.  In fairness to Rearcross they never gave up and Pat O’ Toole again came close after a fine run through the middle.  Alas, our last chance of getting back into the game went with 5 minutes remaining when a well struck penalty by Adam Hurley came back off the crossbar. In injury time Jerome Cahill made it 4 – 0 securing Ardcroney’s progression to the next round of the cup.